Despite the reality of a hung parliament, there is one clear winner in this election: social media.

Whatever your political persuasion in the snap election of 2017, it’s clear to see there has been a definite ramping up of social media campaigns.

Labour has heavily invested in it, mobilising an army of influencers and has clearly aimed for the youth vote via celebrities and pop stars (interestingly, a tactic that failed for Hilary Clinton recently). 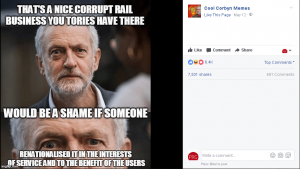 An example of the humour used by Labour 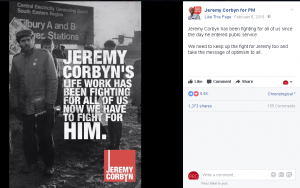 Another example of Labour’s social media use 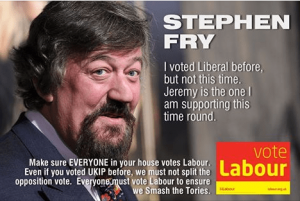 A celebrity endorsement for Labour

It is evident the Labour Party had a plan when it came to social media use and it worked for them (if coming second is a result). But it is not just Labour that went to town on social media.

In Eastbourne, East Sussex – where PRG is based – the Liberal Democrat candidate Stephen Lloyd was able to retake the seat he lost to the Tories in 2015. Lloyd was everywhere on social media on polling day: from posting doorstep videos to going live – constantly encouraging his supporters and those undecided to go out and vote. 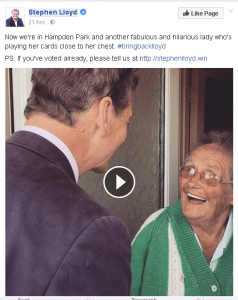 Where once the internet was the home of the political fundamentalist it is now the base for concerted marketing campaigns. In contrast, the Tories spent big on print advertising and failed to mobilise any kind of movement on social media. Labour is reported to have reached an average post engagement of around 100k, compared to the 40 figure seen quoted for the Conservatives.

So, whatever your political persuasion, there are some key questions to ask yourself when it comes to social media and your business.

If this election shows anything it is that the rules have changed. How we communicate and share ideas has changed – and to reach new customers for your business you should be changing also.